Moving country for a new ESL job can be daunting. Especially when that new job is teaching in Asia! In this post I talk about why I decided China was where I wanted to teach next.

This is Part 1 of “China Calling”. Part 2 can be found here 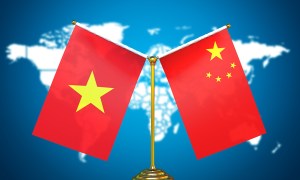 It was time for a change. Tet would be here in a fortnight, and I had already decided that my time in Vietnam was coming to an end. The only question was “where next”? I wasn’t quite ready to return to Ireland – and today, five years later I don’t think I ever will – so I loaded up Dave’s ESL Café, TEFL.com and a few other ESL job websites to see what was out there. As usual for an experienced ESL teacher, there were numerous destinations possible. Cambodia? Thailand? Korea, Japan or Indonesia? The truth is, with a bit of experience and a well-regarded teaching certificate (I had gained a CELTA a year previous) you are in a privileged position where you can make the job market work for you. Your skills are in demand, and you can leverage that demand to work in a country of your choosing. For me, I had decided that China would be the next step.

So, why China? From all of the options out there, why would I choose China? Well, the main reason was curiosity. I had long been intrigued by what life would be like as a foreigner living in a country that had only recently (relatively speaking) opened up to foreigners. Aside from curiosity, another big motivator was money. In Vietnam, my 31 million VND (c$1300USD) monthly was enough to live the good life. In saying that, after rent ($350) and bills (c.$100)  I wasn’t exactly flush with cash all month and little was being saved. Just a cursory look at the job sites told me two things immediately about the market in China. First, I could almost double my salary straight away. Amazing! Second, my accommodation would be paid for. Incredible! I was sold.

Having decided on China, I know needed to consider what type of job I wanted. In Vietnam I had worked for a training center, teaching kids from 3 to 16. The center was amazing, and the schedule was relatively light. Sixteen teaching hours a week, which translated to 8 lessons. The work life balance was nice, but…in training centers most of the teaching is done at the weekend. I had begun to miss having two days off in a row, and weekends off was a distant memory! My next job, ideally, would involve zero weekend work. Would that be possible? Of course it would! This is the third thing I learned about the ESL job market in China, it is absolutely loaded with positions in public schools. What did that mean for me? It meant I could work Monday – Friday (no weekends) and I would have paid New Year and Summer vacations. Three months a year I would be on holiday and every weekend would be free (as it would turn out, not quite every weekend – more on that later!). Most public schools offer similar conditions; teaching two to four different Grades, working Monday – Friday and no more than 20 lessons a week.

So, to summarize, more money, paid accommodation, weekends free and longer vacations. Count me in!

China is big though, right? Deciding on China was the easy part, deciding on where in China would prove more complicated!

Part Two of “China Calling” can be found here

If you are interested in teaching ESL in China, view our TEFL China jobs here, or send your resume to tom@esljobcenter.com. Please also like us on Facebook!